One of the things I really love about the fully virtualized environment that we’ve created at Tech Guys is the ability to pack up the laptop and bounce. Bounce anywhere on the planet that has good wifi and you can stomach the timezone differences. While you probably won’t see me hanging out in central Asia for extended periods of time, I love the fact I can get a message on Friday from a teammate saying, “oh yea- I’m headed to Amsterdam on Monday for a bit.” My response, “cool- you gave the service department a heads up in advance, right?” The response, “yup! :)”.

As long as we continue to push the envelope with enhancing our communication systems and most importantly our interpersonal communication- the more dialed in Tech Guys will become while enabling more freedom and flexibility than traditional business structures. This post is on the order of business structures and is something I’ve been noodling on for awhile.

Over a year ago I had the opportunity to meet Frank McKinney, a wicked smart real-estate builder and the founder of the Caring House Foundation, which focuses on building villages in Haiti. I joined Frank and members of the Maverick Business Adventures group for a trip down to Haiti to see the villages that our donations were going to. During that trip Frank showed us one of the villages Caring House had built and talked through the economics of the fishing co-op that was also started in the village. It got me to start asking the entrepreneurial questions of Haiti and I began to learn about the difficulties. How, many companies left Haiti due to government corruption and instability, taking a vast amount of the GDP (Gross Domestic Product) with them.

I look at the entrepreneurial mindset as value creation in the service to others. That’s the name of the game. Creating value in some form of a product or service and serving others with it. The by-product of the value-exchange is now in this day and age the universal currency known in our country as “the dollar”. The value-exchange mechanisms for Tech Guys’ services very well could be goats- but dollars are easier to trade, with others, for the raw materials necessary for us to provide the service we do.

Anyways, with larger companies being the primary movers for revenue influx to a country; ie, the country providing value to those outside the country, Haiti has been in a sore spot. I began thinking what types of businesses would allow decentralized stability beyond government corruption, or outside their hands and make a positive impact on the local GDP. As a note, I use the term GDP loosely as ‘domestic’ is based upon whatever level of territory you’re talking about. GDP for a village, GDP for a province, etc. GDP is all about the creation ability of a group of people who collectively contributing to the world and the value that world is attributing to that creation output.

SO, all that said- how could I fix this? What could I come up with that would teach these men to fish now that Frank put a room over their heads? What would an economic engine look like that could be dropped into a 3rd world country and radically increase the local GDP while not becoming part of the corrupt business processes associated with export businesses?

My answer was digital goods and services. While I’m certainly not the first to think of this- as this is happening all around us all the time. I think I may be looking at the tool itself in a different way.

My idea is to create an empowered, employee owned, digital service infrastructure that is easily replicable and can be dropped into 3rd world countries. The infrastructure will be focused on providing service with the highest possible value-exchange impact. Breaking that down, I’m looking to have the cheapest country servicing the wealthiest country- in the digital industries where that differential is the highest.

An example would be technical services here in the US. Currently our standard rate is $195/hr and is towards the higher end of the spectrum as we focus on the most difficult problems. What if we could train up individuals in a 3rd world country to where they could provide that level of value-exchange? The GDP increase to the local area would be massive.

“Wait, how is this any different than outsourcing call centers to India?”

In some ways its similar- but the goal here is to teach the man to fish, not simply scalp cheap labor. That’s not saying all outsourcing efforts or call centers do that- but many US corporations have made the move to outsourcing in order to cut costs not to empower others.

So, this is my give-back. I’m not a fan of charity because it rarely teaches the man to fish, but instead just feeds him until tomorrow. We decided to start a test in Kenya as one of the tech guys’ team members, Charles Mutiso is from Kenya and recently decided he wanted to return. Kenya has decent internet server and the education gap for hiring people in the technology space, as that’s where we’re going to start, isn’t huge. 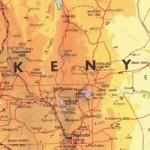 The plan is to start, Tech Guys Kenya, or TGK as we’ve started to call it and offer a lower service tier for less complex technical work. We’re going to compete with the end of the market that generally competes on price and bring value along with a social cause into the marketplace.

“How different is this than remote workers who put themselves on odesk?”

It’s quite similar, but we’re going to operate under a brand and be the lead generation utility for these offices. The real key to this is ensuring we break apart the service level values and not cross lines due to customers attempting to beat us up on price. One of the key things many customers don’t understand is the cost associated with the deliverable. You can have things Cheap, Fast or Right- and you only get to pick two. If we didn’t charge what we do- we couldn’t provide the level of service, we couldn’t afford the technical talent, etc. So holding the line with service levels properly and knowing when the TGK office shouldn’t be working on a problem and TG should, is what will allow us to be successful.

Here’s to entrepreneurship around the world, you are the fix for the world’s problems.