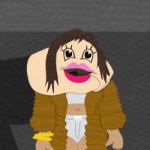 As a marketer, one of the best things you can do to keep yourself generally aware of your area of expertise is to see what others are actually doing vs. what others are preaching to do. You can wrap that up in whatever kind of fancy talk you like, but what it really means is: you go and sign up for a bunch of crap with an alternate email and a throw-away Google Voice number, just in case a company’s bold and throws you into a callback sequence instead of emailing you.

Occasionally when eating your way through the droves of spam, you find something a little out of the ordinary.

This is especially true during an election. When you’ve got the presidency up for grabs, the stops come out, and weird things roll out of minds who I imagine are a bit beleaguered by the stress of trying to win over an entire country. So things get slightly experimental, and probably a little weird.

So, imagine my surprise when J-Lo called me to tell her about her experiences and why she supported Barack Obama.

In a sea of voicemails asking me to vote for whomever, this one stood out. Not because I secretly pretend to be Ben Affleck and routinely stage full reenactments of Jersey Girl using stray cats and old pizza boxes (three times a week, every week!) – but because it made my marketing senses tingle.

I’ve always known that the Obama campaign is packing punches when it comes to marketing and reaching people but this is the first time I’ve actually felt the walls of what really, really, really felt like a targeted ad aimed at me.

Why’s that? I can’t help but deconstruct the steps to what possibly lead to this message reaching me. Let’s go through them real quickly and see if they make sense.

So, I can easily imagine someone segmenting out voters in Florida based on last name alone and assigning a specific celebrity message for them – this might seem weird, but it’s something that just happens, and I can’t tell you how many times I’ve gotten countless direct mail offers printed all in Spanish, even though I never indicate any ethnicity or language preference besides English when signing up for anything.

This is just an example of how targeting isn’t focused to laser precision yet. It’s a wide, wide net that takes broad assumptions based on limited data and scatter shots a message to people who they hope it will be relevant for. For me, it’s worth a chuckle and I can write about it as an interesting footnote – for someone else, though, it could come off as a little bit chintzy or even offensive to assume they’d want to hear a heartwarming tale of support by ol’ Jenny from the Block.

While there is lots of discussion about targeting based on social media feed scans and all that, I’ve got a better idea. Heck, we’ll even build it for any politician who wants it, cause I know I’d use it. Stay with me here, we’re in for a bumpy ride.

I remember a time when, for a few minutes, I didn’t hate Michael Bay. Why? Because of the marketing campaign that launched that allowed you to prank call your friends with Optimus Prime. I did that to about a million people when it launched – including my mother, who nervously called me about 5 minutes later and asked me if I had built a robot for real and if it had learned to use the telephone – I had no choice but to say yes, because explaining the Megatron/Starscream relationship would just be too complicated and weird for her. But, I digress…

Now, what I’m essentially proposing is the most brilliant mashup of all time and I will take full credit/responsibility for future elections once its use becomes commonplace and widespread.

You take the system which allows people to essentially serve as crowdsourced volunteer remote callcenter staff that Monsieur Obama has over at http://call.barackobama.com, and then…

You take all the recordings of celebrity messages and just display a list of friends to send them to, since everything’s connected socially. You only let these messages be sent once, ever, and you open up a wide range of specific flavors – ie, “Messages from Mainstream Celebrities to Existing Supporters” or something new like, say: “Messages from Internet Celebrities to Neutral/Undecided” – do you know how powerful it would be if I picked up the phone, the Nyan Cat (RIP, Marty) theme started playing, and some official sounding voice encouraged me to just go and vote? It’d be a hell of a lot better than the dread I get when I think I’m about to talk to some poor schmuck who’s reading a script cause they care and are truly trying to support what they believe in, but don’t know a better way to reach people.

All potential legalities aside, this seems like a hilarious way to engage people who’d otherwise not be interested in being a political mouthpiece. Because let me tell you – if Optimus Prime endorsed a candidate and told me to get out there to vote – I so would.

But, taking a slightly serious look at the issues, politics is already taking advantage of the crowd in a digital sense. So, if you’ve got a social platform which allows people to connect their friends, and you have a method of distributing your message to volunteers, I don’t see why you wouldn’t entrust the targeting of your probably pricey celebrity endorsements to friends who actually know a potential voter best.

Makes sense, doesn’t it? In a time where the political climate is so divisive, adding a bit of lighthearted humor to the landscape would actually be a very welcome change to the usual grim, polarizing high-stakes hype engines we’ve all become accustomed to during election season.

What do you think? Does the current level of targeting for political ads make you feel creeped out, or does it resonate with you? Can Nyan Cat truly be a deciding factor in swing states? How far do we enmesh our political culture with our popular culture, and should we even try in the first place?