Stop me when this starts to sound familiar: 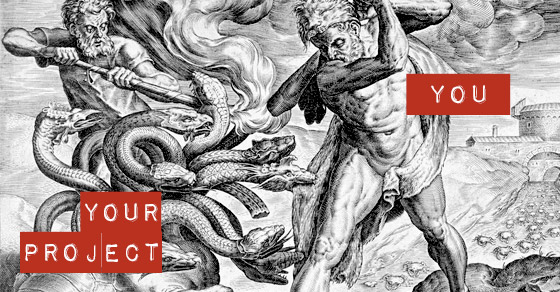 You call your tech team with a few simple website changes. It couldn’t possibly take longer than an hour to complete right? The next day you get the dreaded response:

“Yeah, that’s going to take us about 8-10+ hours to implement AND we’re going to have to make significant changes to the structure of the website.”

You reply indignantly, “how is that even possible? We’re just talking about adding some new copy and adding some simple new functionality?”

“Well, if we spent extra time at the beginning to develop the structure right in the first place, we’d have a much easier time.”

We’ve been on both sides of this equation. Most of the time you WANT to do things right. But you also have competing interests. You’re already behind schedule and over budget — the last thing you need, is to spend extra time and cash to build things the “right” way according to some egg-heads. (We generally prefer soul-less robots, but alas…) So you push your developers to create something now. Something done—and done NOW—is better than nothing. Right?

We all tell ourselves that from time and time. Then someone smacks us upside the head and we tell ourselves we’ll do better. Next time. It’s always next time.

There truly is a time and a place for bootstrapping a project. But you have to understand the potential repercussions of doing so. There’s a few things that happen when you don’t properly plan and execute a project:

Ah yes, the devil’s in the details. Unfortunately, when you don’t allow for adequate planning of the project — detailing out future plans and potential growth ideas — the pitfalls of missing a detail always show up at the worst possible moment. And it’s usually right in the middle of a launch.

Ever have a project that seems like a hydra? You finish one item and then you remember two more pieces. Those pieces always seem to pop-up right before you want to go live right? And then delays kick in. Every time you think you’re done, something else pops up. It’s a terrible feeling and we know that feeling well. We also call this a “Vampire Project.” It sucks the money out of your pocket and souls out of developers. (Again, If robots had souls of course.)

#3: Costs Explode at all the wrong times…

Not that there’s ever a good time to blow up your budget, but there are better times to do so. Like, for instance, when you’re swimming in fresh cash from your successful project launch. When people are literally saying, “shut up and take my money!” This brings us back to our original example. Lack of planning and doing things “the right way,” means that changes and additions that would normally be easy to implement become tedious and more costly. But it goes beyond time and money…

Every time you add an addition to an already duct-taped solution, you wind up with an even more hacked-together mess. We lovingly refer to these projects as “Franken-monsters.” Not a very creative term, but you get the point. The project eventually gets to the point where in addition to being not ideal, it truly becomes unmaintainable.

Sometimes this is accidental. Often times it’s not. Tech teams don’t always really care that they are creating Frankenstein’s monster. Creating things that are basically the equivalent to a Rube Goldberg machine is an easy way for a tech team to ensure their continued work. By creating something that no one else can easily and efficiently take over — without considerable time and overhead — they ensure that you’re stuck with them. Unfortunately we see that all too often too.

These problems can generally be avoided by simply taking the extra time to “do it right.” That usually means planning for a bigger budget up-front. But the time spent developing the proper solution and building the right infrastructure can save you thousands of dollars in cash in the long-term AND most importantly, peace of mind that you’re creating something that’s maintainable and that you retain the ability to take your project to another team if and when the time comes.

Got a tech Vampire Project or a Franken-monster of you own? Find out how we can help »